You are here: Home1 / Blogs2 / Our activities 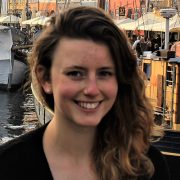 Ginnie Baker is a third-year student at the Royal Dick School of Veterinary Studies in Edinburgh. With a love of the outdoors and all things furry, she believes the future of the veterinary profession is entwined with human health and that of the environment around us. Ginnie is part of the Vet Futures Student Ambassadors’ team focusing on One Health.

Our plan is to get students everywhere talking about the links between animal, human and environmental health and how we can work together to improve the lives of all things bright and beautiful. 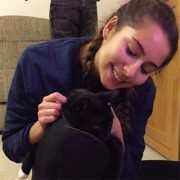 Zoe Skinner, is a Vet Futures Student Ambassador from Nottingham University and has an interest in farm animal medicine, One Health and how new developments will shape the future of the veterinary profession. She describes the VF Student Ambassadors’ Innovation Team’s new initiative, designed to give more vet students the opportunity to get involved with veterinary innovation.

After lots of brainstorming, the innovation project team have come up with a plan to introduce a ‘Dragon’s Den’ style competition to UK and Ireland veterinary universities in order to help realise the potential in the next generation of innovators. 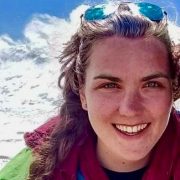 Eleanor Robertson (pictured) is the Senior-Vice President of the Association of Veterinary Students (AVS) UK and Ireland and is currently in her fourth year at Liverpool University. With a passion for global health, having completed an intercalated masters in the subject at Maastricht University, Eleanor is interested in the vital contribution of the veterinary profession to a sustainable future.

The initiation of Vet Futures in 2014 was a cause of great excitement amongst the Association of Veterinary Students (AVS) committee, myself included. Why? Because as students, the future of the veterinary profession, we should be active in shaping it and championing the project through a myriad of various opportunities. 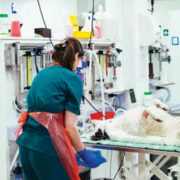 My current role is Operations Manager at Dick White Referrals. Starting my career as a veterinary nurse in a variety of roles, and moving to senior management positions, I have always been passionate about the profession and my role within it, but felt that the nursing profession was under-valued and lacked recognition for the important roles RVNs play. I also believed that this attitude towards RVNs restricted our full potential. 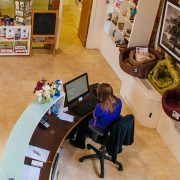 We have always had to respond to change, both external and internal; it is not something that can be halted. So why address it now? The Vet Futures report highlighted, in no uncertain terms, that not only are we “cautious of change” as a profession, but the change that we are faced with has picked up momentum and is accelerating us toward a somewhat uncertain future. 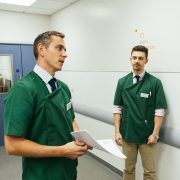 “As a keen supporter of the Vet Futures project, I was delighted to be selected to join the Action Group tasked with transforming the vision and ambitions of the report into ideas and initiatives that could be actioned in the real world. The report had identified gaps in the way our profession approaches the issue of leadership, so I knew that taking on this ambition would be a particular challenge. 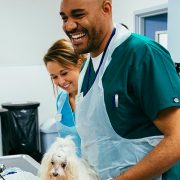 “It was with some trepidation that I attended the first Vet Futures Action Group meeting earlier this year. A bit like the first day in a new job. Will the others like me? How will my background equip me for the work of the Action Group? But these worries were short lived. I’ve enjoyed every minute of our meetings and have met some fantastic people 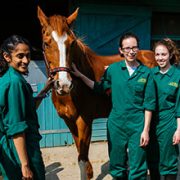 “Only half of recent graduates say their career has matched expectations,” revealed a survey from the Vet Futures project in 2015. As a student on the verge of beginning my career in the veterinary profession, this was a pretty distressing statistic to find out.”… 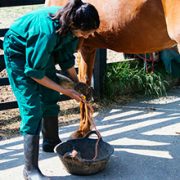 Liz is Associate Professor of Veterinary Education and Sub-Dean for Teaching, Learning and Assessment at the School of Veterinary Medicine and Science, University of Nottingham. Liz graduated from the University of Edinburgh in 2000 and initially worked in a number of assistant roles in mixed, small animal and equine practice in the Midlands. In 2006 Liz joined the University of Nottingham as a teacher and lecturer, whilst continuing in equine practice, before becoming head of teaching in 2012…

“My motivation to become a member of the Vet Futures Action Group was the desire to be part of something with a real potential to have an impact on the profession I love. As a teacher at Nottingham Vet School (but very much a general practitioner at heart) I am very lucky to be involved with educating the vets of the future”… 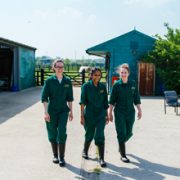 Clare is a Senior Teaching Associate for curriculum and innovation in the Department of Veterinary Medicine at the University of Cambridge, where she is currently chairing a taskforce to develop a curricular thread on professional skills throughout the professional veterinary course. Clare graduated from the University of Cambridge in 1996 and after completing an equine ambulatory internship at Millbrook Equine Practice in New York she started teaching on an equine studies programme and founded her own equine practice…

“I have wanted to be a vet all of my life… (well, apart from when I wanted to be a princess in my really early years!). But my identity as a vet has continued to evolve and change throughout my education and career. My veterinary career so far, then, has not been typical. But that is because, I would argue, there is no such thing as a ‘typical’ veterinary career”… 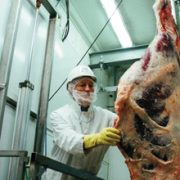 Simon is the owner and director of Blackwater Consultancy where his principal client is UK Trade & Investment (UKTI) for which Simon works as the animal science expert for the Agri-Tech Organisation of UKTI. Simon graduated from the University of Glasgow in 2000 and worked for a number of years in progressive farm animal practice in Scotland and Northern Ireland…

“That the veterinary professions are clear and assertive about their wider roles in society, including in public health and environmental sustainability, and the critical importance of our scientific expertise is recognised and valued both within our professions and by the public”… 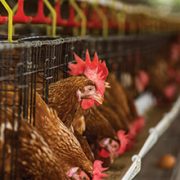 James is the RSPCA’s Chief Veterinary Officer, an Honorary Fellow at the University of Bristol and University of Surrey, and an active member of the animal welfare research community. James qualified from the University of Bristol in 2004, where he also completed a bachelors degree in bioethics, certificate and diploma in animal welfare science, ethics and law, and a PhD in veterinary ethics. James worked in Gloucestershire in private practice, then at an RSPCA branch. He became head of the RSPCA’s companion animals department in 2011 and CVO in 2012…

Vet Futures is a clear chance for us as a profession to take control of our future. We can sit back and complain about changes that face us; or we can decide what type of profession we want to work in, and drive those changes. And that goes further than just our profession. We can decide what role we want in society: what sort of industries we want to support, what types of social change we want to drive…