News |
You are here: Home1 / News2 / BVA encourages profession to inspire next generation of vets 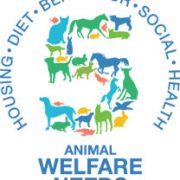 As children return to school this month, the British Veterinary Association is encouraging veterinary teams to help children learn about animal welfare after figures show 85% of school children have never heard of the five animal welfare needs – but primary school is the age when most vets decide they want to enter the profession.

BVA’s recent Voice of the Veterinary Profession survey revealed that more than 50% of young vets surveyed had settled on pursuing veterinary medicine by the age of 10, and 76% said that their choice was driven by an interest in caring for animals.

Unfortunately, despite over half of UK households owning a pet, PDSA’s Animal Wellbeing (PAW) Report shows that only a quarter of children have been taught how to care for pets at school, even as 97% of veterinary professionals cite the value in encouraging pet owners to better understand and provide for the five welfare needs of their pets.

To support the next generation to be more aware of how to care for their pets, the Veterinary Animal Welfare Coalition – which includes BVA, the British Veterinary Nursing Association (BVNA), British Small Animal Veterinary Association (BSAVA), British Veterinary Zoological Society (BVZS), Blue Cross, PDSA and RSPCA – launched a set of stickers to coincide with the 10-year anniversary of the Animal Welfare Acts as an educational tool for vets, teachers and parents.

The stickers are designed to be a used as a fun way of introducing and discussing the five vital needs of animals as described in the UK’s Animal Welfare Acts:

BVA hopes that by teaching children about the five welfare needs, they will in turn discuss this with their family and friends at home too. Apart from the principles of responsible ownership, it is hoped that sensitisation to the welfare needs of animals will instil in young people a lasting respect and compassion for all animals, from fish and rabbits to dogs and horses.

“Year on year, irresponsible ownership and lack of owner understanding for pets’ needs comes out in vets’ top three concerns.

“Educating children and young adults about the five welfare needs of animals is an invaluable step towards ensuring that the next generation not only values the human-animal bond but is aware of its responsibilities towards pets.

“We hope that using these stickers and holding sessions on animal welfare at school, local groups or in practice will translate to happy pet owners and, indeed, happy healthy pets too.”

To order a set of five welfare need stickers for free, email the BVA on media@bva.co.uk with the requested amount (max 10 sheets/150 stickers) and a postal address.

Privacy notice: This site uses cookies, which we use to collect anonymised statistical data to improve your experience, and not for marketing purposes. If you continue we'll assume you are happy to receive them. Read our cookie policy
Ambitious programme to encourage veterinary innovation launched