News |
You are here: Home1 / News2 / BVA urges UK governments to protect the status of vets and VNs in Brexit... 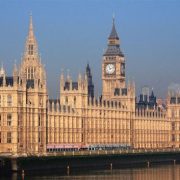 Almost half of veterinary surgeons registering in the UK qualified from veterinary schools elsewhere in the EU.

Following the EU referendum (23 June), the British Veterinary Association (BVA) is urging UK governments to protect the status of EU veterinary surgeons and veterinary nurses who are currently living and working in the UK.

Almost half of veterinary surgeons registering in the UK qualified from veterinary schools elsewhere in the EU, according to statistics from the Royal College of Veterinary Surgeons (RCVS). To highlight the impact of the referendum outcome on the veterinary professions, BVA has written to the Secretary of State, Liz Truss MP, and to Ministers in Scotland, Wales and Northern Ireland, requesting an early statement to the effect that non-British EU vets and vet nurses who are currently living, studying or working in the UK will continue to be able to do so in future. BVA is also seeking reassurance for UK veterinary professionals working and studying in other EU member states.

“It is not yet possible to comment on the reality of ‘Brexit’ since much will depend on forthcoming negotiations and the decisions that will be taken by the Government regarding, for example, whether or not to maintain existing EU legislation and rules. However, we recognise that these unanswered questions are having a profound impact on many of our members – particularly members who are non-British EU citizens, or have family members who are, and members who work alongside colleagues from other European Member States.”

In the letters, Mr Wensley stated:

“I am sure there are many significant issues that your Department needs to consider [and] given the profound personal impact that the uncertainty caused by the referendum outcome is having on some of our members, we wanted to contact you at the earliest opportunity. In the forthcoming negotiations about the future relationship between the UK and the EU, we strongly urge you to make the case for all EU citizens and EU-qualified veterinary surgeons and nurses to have ongoing rights to live, work and study in the UK.”

In the letter to the Northern Ireland (NI) Minister of Agriculture, Environment and Rural Affairs Michelle McIlveen MLA, the BVA President and BVA NI Branch President Seamus O’Kane highlighted NI’s land border with EU member state the Republic of Ireland and called for the maintenance of the Common Travel Area to facilitate movement in an all-island context for both work and study purposes.

Veterinary surgeons and veterinary nurses from other EU member states are invaluable members of practice teams across the UK and work across all areas of veterinary science, including the fields of animal health and welfare, animal disease surveillance, scientific research and education, wildlife conservation, and public health and food safety. Figures from the Veterinary Public Health Association (VPHA) estimate that over 90 per cent of vets in meat hygiene services are non-British EU citizens.

“Due to the particular focus on public health in many European veterinary degree courses, EU vets make an enormous contribution to both public health and animal health and welfare in the UK – often behind closed doors, monitoring and protecting public health in Approved Premises as well as welfare at slaughter to ensure slaughterhouses meet the standards that are required by law and expected by the public. Without their input and expertise, it would be difficult to ensure that Statutory requirements within the food industry are complied with.”

BVA is working with the RCVS and other bodies to discuss the implications of Brexit for the veterinary professions, and the key issues that should be raised in forthcoming discussions and negotiations.

BVA members are being encouraged to share their feedback on BVA’s community forum under the dedicated ‘What do you think ‘Brexit’ could mean for the veterinary profession?’ thread.

Privacy notice: This site uses cookies, which we use to collect anonymised statistical data to improve your experience, and not for marketing purposes. If you continue we'll assume you are happy to receive them. Read our cookie policy
Statement on the outcome of the EU Referendum

Delegates engaged with shaping the future of the veterinary and veterinary nursing...
Scroll to top