News |
You are here: Home1 / News2 / College calls for certainty around the rights of EU nationals working in... 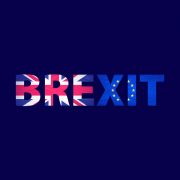 The RCVS has called upon the Prime Minister to prioritise giving greater certainty to EU nationals working in the UK in the forthcoming Brexit negotiations.

This follows the publication of our report looking at the impact of last year’s referendum vote on European veterinary surgeons and veterinary nurses. The findings show that the lingering uncertainty around the right to work here is leading many to question seriously whether they should stay in the UK.

Earlier this year we commissioned the Institute for Employment Studies (IES) to send a confidential survey to 5,572 veterinary surgeons who graduated from a vet school in the EU (excluding the UK) and who are registered as veterinary surgeons in this country, as well as around 100 non-UK EU-trained veterinary nurses.

The survey asked a wide range of questions about how these individuals felt that the vote to leave the EU had affected them, how they felt about their future working in the UK veterinary sector and how they felt the College had dealt with the issue of Brexit. Some 3,078 people (including 19 veterinary nurses) responded to the survey – a response rate of 55.3%.

Here is a summary of some key findings from the survey:

Commenting on the survey result, Chris Tufnell, President of the RCVS, said: “This survey makes the strongest possible case that the Government must act fast to reassure our EU colleagues in practices, universities and industry that they are welcome to stay in the UK.

“EU vets and vet nurses make a massive contribution to the UK veterinary sector and the health and welfare of animals and humans.

“Beyond this commitment we will also be lobbying the Government that, after we leave the EU, suitably qualified vets from overseas are prioritised for UK work visas or equivalent, particularly if they are working in public health and the meat industry.

“I have written to Michael Gove, the new Secretary of State for the Environment, Food & Rural Affairs, outlining our position and our Brexit Principles and have invited him to visit the RCVS at Belgravia House to discuss these further. I hope that he accepts our offer so that we can have some constructive talks on these matters.

“On a personal note, I am very sorry to see that a significant proportion of respondents had experienced prejudice at work. This is simply not acceptable and we, as a regulator, have been conscious that ‘anti-foreigner’ rhetoric in the country at large could have an effect on hard-working and talented members of our profession, which is why we raised the matter in our letter to the Prime Minister last year.”

To read the IES report and the College’s three Brexit Principles in full, please visit our Brexit page.

Privacy notice: This site uses cookies, which we use to collect anonymised statistical data to improve your experience, and not for marketing purposes. If you continue we'll assume you are happy to receive them. Read our cookie policy
VNs looking to themselves for change