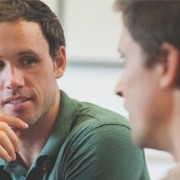 Rosie Allister is the Chair of Vet Helpline, a director of the Veterinary Benevolent Fund and a researcher at the University of Edinburgh studying veterinary wellbeing

It’s not only a major public health problem, but also a very personal issue for the veterinary profession. Too many vets have lost friends and colleagues to suicide. We know that vets are three to four times more likely to die by suicide than the general population, but when a colleague dies, however much we know about the statistics, it is shocking, awful and a human tragedy, which can be life-changing for those left behind.

It is a problem that as a profession we cannot ignore. Yet it can be hard to know how to respond. When someone dies by suicide it leaves us feeling very powerless, wishing there was some way we, or somebody, could have helped them find an alternative way to cope with whatever they were going through. 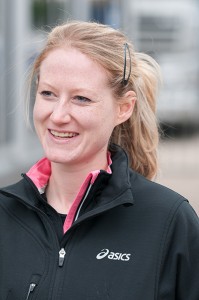 I think we need to talk more about how to reach out and support those who are struggling. We know from research, and from services available to vets, that it is not enough to have a service in place and hope that those in crisis will use it. One of the factors believed to increase risk of suicide in the veterinary profession is our reluctance to seek help. My own previous research with vet students has shown that they are much more likely than the general population to try to conceal mental health problems. Furthermore, a small but powerful study that interviewed 21 UK vets who had attempted suicide or experienced suicidal thoughts found that half of participants had not talked to anyone about their problems because they felt guilty or ashamed.

It can be really hard to know if a vet is struggling, yet suicide doesn’t come from nowhere, all of the research on suicide suggests it is almost always multi-factorial, and preceded by a feeling of an inability to cope over a period of time. However, it isn’t unusual for those bereaved by suicide to say ‘I wish I’d known’. Perhaps vets are particularly adept at hiding problems; at presenting a functioning façade. I wonder if this increases our vulnerability? If we hide our distress it is harder for those around us to know we need help; and when we do ask for help, it isn’t always apparent to professionals or those we reach out to just how much trouble we are in. One thing I’m often struck by when trying to support vets in crisis is that, despite all of the awful things they are going through and trying to cope with, they are often still going to work, still somehow managing to force a smile and present a functioning façade to the world.

In veterinary professional culture there is an incredibly strong work ethic, and a selflessness in terms of routinely making animal welfare a higher priority than our own. We feel that, to encourage clients to trust us and to meet their expectations, we need to appear contained, professional, and flawless. So it is hard for vets to ask for help. Our occupational culture encourages an almost unique combination of perfection, self-sacrifice, independence and omni-competence, which is totally unachievable.

Asking for help isn’t the weak option. It takes real strength. But that can be very hard to see when you are in a dark and hopeless place. Perhaps all of us have to start trying to change our culture to one that is more accepting and supportive and looks out for those in need even when they aren’t able to reach out themselves? The reason this sort of cultural change is difficult is due not only to client and societal expectations of us, but also our expectations of ourselves. Where is the stigma about asking for help coming from? Is it from others or from ourselves? Many vets I know are very accepting and supportive and non-judgemental when it comes to others’ mental health, yet when it comes to themselves, they apply unreachable standards of perfection, experience self-stigma around mental health and judge themselves harshly for a thousand failings no-one else is even aware of.

Perhaps to help our colleagues, part of the change needs to be within ourselves?

Looking to the future, we need to better understand who is most at risk, how to reach out to them, and how we can start to change our culture so that it is OK to ask for help. One of the myths about suicide is that people who are suicidal don’t talk about it, they just do it. In fact, people with suicidal intent usually do try to talk to somebody, but not always directly. Suicide is a taboo subject and people often talk around the issue or allude to it non-specifically, for example, avoiding making future plans or saying they aren’t thinking far ahead. It is important if someone says anything like this to take their distress seriously. When you are concerned someone may be suicidal, it’s really important to ask them. Another myth about suicide is that asking a depressed person about suicide will put the idea in their head. It does not – and there are good empirical studies to support this. Asking someone about it and then listening and responding can be a lifesaving intervention.

For confidential support call Vet Helpline on 0303 040 2551 or email via https://helpline.vetlife.org.uk/

Rosie Allister is the Chair of Vet Helpline, a director of the Veterinary Benevolent Fund [http://www.vetlife.org.uk/] and a researcher at the University of Edinburgh studying veterinary wellbeing. You can read her regular blog at http://veterinarywellbeing.wordpress.com/

January's Poll:
Could you recognise the signs of mental ill-health in a colleague?

Statistics about mental health within the UK veterinary profession

Privacy notice: This site uses cookies, which we use to collect anonymised statistical data to improve your experience, and not for marketing purposes. If you continue we'll assume you are happy to receive them. Read our cookie policy
Vet Futures guest blogger says women are less prepared to take on veterinary...