News |
You are here: Home / News / Seven-year itch: vets who make the move to non-clinical work do so after... 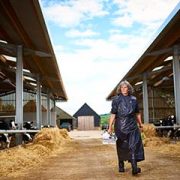 With widespread concern about the recruitment and retention of vets, new figures from the British Veterinary Association reveal a mix of “push” and “pull” factors in vets’ decisions to leave clinical practice.

Finding a new challenge was the most popular motivation for making the career change. The figures from the BVA Voice of the Veterinary Profession survey, which are being published ahead of this weekend’s veterinary careers event, Vets: Stay, Go, Diversify LIVE!, showed that 43% of vets who had moved were looking for a new challenge through a non-clinical role.

The survey showed that nearly a third (32%) of working vets who are not in practice are in academia. Commerce and industry was also a popular non-clinical role with one in five (21%) of vets in non-clinical roles choosing to work in these fields.

Vets also based their decision on improving their work/life balance, with a quarter saying they wanted a role with no out of hours work, 14% saying they wanted more flexible working hours and one in ten reporting that clinical work was incompatible with family or outside commitments.

More than one in five (21%) cited difficulty in progressing with their clinical career as a reason whilst just under one in five (19%) were looking for less stress at work.

There were some differences between men and women in the timing of their career change and the reasons behind it. Women tended to leave clinical practice earlier in their career; an average of 6.5 years after they qualified compared to 8 years for men.

This weekend (28-29 April), the event ‘Vets: Stay, Go, Diversify LIVE!’ will celebrate the range of roles that vets can take on throughout their careers, providing insight and advice on the different options out there and how to negotiate the move.

“These figures show that there is a sizeable percentage of practising vets who are making the move into non-clinical roles and that there are a variety of reasons behind their decision. There is a huge diversity of career paths open to vets and it’s important both for those who are already in practice and for those considering a veterinary career to be aware of all the options available.

“I have had a portfolio career myself that involved clinical practice in all different business models including charity practice and industry and I know that the most important thing is for vets to feel fulfilled in their chosen roles and understand that there is a wide range of opportunity available to them.

“However, we also know that practices are seriously worried about being able to recruit and retain staff. Looking at the reasons for leaving – including a desire for more flexibility, a better work/life balance, and concerns about stress – this has to be a wake-up call to all employers to think about whether we can do things differently to support our colleagues.

“BVA has a role to play too and many of the Vet Futures actions are designed to address these issues, including the workforce study commissioned by BVA, the development of a careers hub, and our support for the Mind Matters Initiative led by the RCVS, amongst others. These are issues that the profession must tackle together.”

Privacy notice: This site uses cookies, which we use to collect anonymised statistical data to improve your experience, and not for marketing purposes. If you continue we'll assume you are happy to receive them. Read our cookie policy
More than 500 people register an interest in leadership course