News |
You are here: Home1 / News2 / Should VAT on vet fees for pets be dropped? 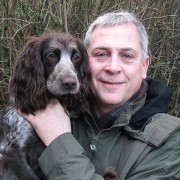 Charging VAT on vet fees is a barrier to owners registering their pets with a veterinary surgery. This is the view of Stuart Winter, the Sunday Express small animal columnist and a campaigner to end VAT on pet fees.

This month we are asking you to consider whether VAT should be removed from vet fees. Owning a pet, argues Stuart Winter in our third guest blog, is not a luxury to be taxed when they need medical intervention but owning a companion improves the health and wellbeing of its owner.

Stuart Winter writes that removing VAT on vets’ fees for domestic animals, or at least reducing it to five pence in the pound, would improve the nation’s animal welfare. It would allow low-income families to seek medical attention earlier, he argues, while allowing more owners to afford and take out pet insurance.

He says that shifting Government thinking on the subject might be a Herculean task, but that doesn’t mean we shouldn’t campaign for its removal. “No Chancellor delights in losing revenue.  Treating, curing and caring for sick and injured animals is nothing more than a service and services are ripe to be harvested.

“It is time for a counter argument. Pet ownership is not a luxury. It is more than a privilege. Is it not a human right? Welcoming animals into our lives makes our lives more fulfilled and more civilised.”

This month’s poll asks: Would you agree that VAT should no longer be levelled on vet fees? We encourage members of the veterinary team and the public to take part in the poll so that we can generate debate on the issue of VAT and better understand the full consequences if it was removed.

NB the views expressed in the blog are Stuart’s own, and not necessarily those of the RCVS or the BVA.

Privacy notice: This site uses cookies, which we use to collect anonymised statistical data to improve your experience, and not for marketing purposes. If you continue we'll assume you are happy to receive them. Read our cookie policy
Should VAT on vet fees be scrapped?

Beyond the farm gate – Do vets have a role across the food chain?
Scroll to top