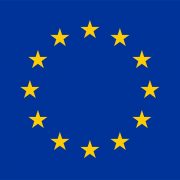 Following the EU referendum result (24 June), BVA wrote to the Secretary of State and to Environment Ministers in Scotland, Wales and Northern Ireland requesting an early statement to the effect that non-British EU veterinary surgeons and veterinary nurses who are currently living, studying or working in the UK will continue to be able to do so in future.

Almost half of veterinary surgeons registering in the UK qualified from veterinary schools elsewhere in the EU, according to statistics from the Royal College of Veterinary Surgeons (RCVS).

By mid-July the UK Government had made a statement to clarify that there has been no change to the rights and status of EU nationals in the UK, and UK nationals in the EU, as a result of the referendum. It also stated:

“When we do leave the EU, we fully expect that the legal status of EU nationals living in the UK, and that of UK nationals in EU member states, will be properly protected.”

This week BVA has received replies directly from the Ministers in Scotland, Wales and Northern Ireland outlining that, while the rights of non-British EU citizens is not a devolved matter, their priority is to ensure the best outcome for their current constituents and acknowledging the importance of animal health and welfare.

“The First Minister is seeking guarantees from the UK Government that the residency status and other existing rights of the 173,000 EU citizens living in their respective countries will remain unchanged now and in the future.”

These points were echoed in the letter from Wales’ Cabinet Secretary for Environment and Rural Affairs, Lesley Griffiths AM, who continued:

“The First Minister has also made it clear there are many sectors of business, which depend on EU citizens to fill vital posts and damage to public services and the wider economy would be immense if EU citizens were required to leave the country. I appreciate this could cause difficulties in relation to the veterinary profession and delivery of our Animal Health and Welfare programmes and policies in Wales.”

“I will also endeavour, given the importance of animal and veterinary public health to the local economy, to ensure that this concern [you raise] is represented in the composite Northern Ireland input into the final United Kingdom negotiating position and strategy.”

The new Secretary of State for Environment, Food and Rural Affairs, Andrea Leadsom MP, has offered to meet with BVA President Sean Wensley to discuss these and other priority issues for the veterinary profession.

BVA is establishing a Brexit working group to prioritise and develop policies on the key issues that should be raised in forthcoming discussions and negotiations. BVA also continues to work with the RCVS and other bodies regarding the implications of Brexit for the veterinary professions.

Privacy notice: This site uses cookies, which we use to collect anonymised statistical data to improve your experience, and not for marketing purposes. If you continue we'll assume you are happy to receive them. Read our cookie policy
Animal Health and Welfare