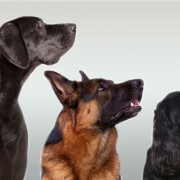 Due to the sensitive nature of the topic the author wishes to remain anonymous.

Ethnocultural empathy is an interesting term which I am sure many of you have not come across. By the end of this blog, one will hopefully understand why this term is important for the future of the veterinary profession. It all started with a personal situation I unfortunately had to deal with. I ended up feeling isolated and my professional integrity was damaged due to inaction, a lack of knowledge and support.

Being from an ethnic minority background, I am aware of differing attitudes to diversity in this country. I have experienced occasions where people have acted inappropriately towards me but thankfully this has been very uncommon. I chose to be a vet due to my love of animals and even though the profession is mainly made up of white middle class British graduates, I have rarely had a problem. The vets I have met and studied and worked with have been nothing less than amazing. The clients I have also encountered have occasionally had suspicions at the beginning but have been very welcoming and friendly. I always feared I would encounter a client who would dislike me purely for my ethnicity and unfortunately this fear was to become reality.

It was a Sunday on call when I got a phone call for a calving from one of our clients. As I was on my way, one of my bosses phoned me to say he had been rung directly and they wanted him instead. The client had refused to have me on his farm for no good reason and would rather have any other vet from my practice, even a new graduate who had just started. The farmer tried to prove his innocence to my boss but unfortunately this did not make sense. I had previously attended the farm for two successful calvings. The farmer had previously ignored me in front of my colleagues and acted rudely on other occasions towards me. It was suggested by one practice partner that the farmer may have some issues with my ethnicity.

When requesting help from my practice partners, I was not appropriately supported. It seemed that the requests of the client were more important than the issues I faced. I tried the Royal College of Veterinary Surgeons, British Veterinary Association and Veterinary Defence Society for advice but was again unsuccessful. Vetlife was very sympathetic but unfortunately none of the vets had any experience in this area.

It was agreed with my boss that I would not go back to the farm, after weeks of trying to get some support from my practice. This left me in a position of isolation and made me question my ability in farm animal practice. Mentally I was very affected and this adversely affected my personal life. It was after a few months, I decided to try again and raise this issue with the professional veterinary bodies to try to increase awareness and support thus preventing this situation adversely affecting other vets in the future.

Of those responding to the RCVS Survey of the Veterinary Profession 2014, only 3% identified themselves as from an ethnic minority. Also as of July 2014, out of 26,439 registered veterinary surgeons, 7,835 (approximately 30%) qualified from outside the UK, which leads to a large cultural mix. This will only increase in the coming years with the change in the population demographic and appeal of the profession in the UK. I know we can’t change clients’ attitudes towards ethnicity and culture overnight but we must be united and an example of a forward thinking profession to the public. For example, the NHS, dentists and lawyers all have committees, advice and guidance for colleagues in my position and I feel the veterinary profession should also go forward in this way. In my opinion there should be more education at undergraduate level which is supported with further guidance, training and support for qualified veterinary surgeons.

It is becoming clear that in order to build a profession that is successful at improving conditions and resolving problems, we need to understand and support the many cultures working in the veterinary profession. As educated members of any community, veterinary surgeons should be expected to exercise tolerance and understanding and to help avoid harmful bigotry and discrimination. This is where ethnocultural empathy, the understanding of feelings of individuals that are ethnically and/or culturally different from one’s self, is key to future progression.

April's Poll:
Do you feel vets are given adequate information, guidance and support regarding ethnic and cultural diversity?

Ethnicity in the medical professions

Privacy notice: This site uses cookies, which we use to collect anonymised statistical data to improve your experience, and not for marketing purposes. If you continue we'll assume you are happy to receive them. Read our cookie policy
Vet Futures roadshows – join the debate where you live

Is there enough guidance for the profession on ethnic and cultural diversit...
Scroll to top