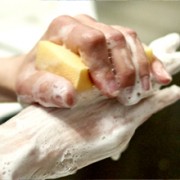 Mark Turner graduated from Liverpool Veterinary School in 1996. His career has included spells as a veterinary surgeon and as a business owner. During this period he has developed an interest in patient safety and a profound belief that risk management properly implemented can improve many aspects of care. Mark is currently undertaking an MRes on veterinary patient safety at the Royal Veterinary College.

He has written for the Veterinary Times and Veterinary Practice, presented at the RCVS Knowledge first international EBVM Conference and at BSAVA Congress 2015 on the subject of Risk Management.

At the beginning of the new millennia, the report into the Bristol heart scandal was published (Department of Health, 2001). It established why the mortality rate after paediatric cardiac surgery (PCS) at Bristol hospital was twice the national average. In many respects it can now be seen as an important turning point in the history of the NHS. The report identified a host of risk factors at work at the time. But as the document went on to say, “professionals working in Bristol… were victims of a combination of circumstances which owed as much to general failings in the NHS at the time,” as to any individual short-comings (Department of Health 2001, p 11).

The report made almost 200 recommendations. Some of these were specific to PCS provision, but many more were generic proposals for a superior health service: one in which care quality was a central aim.

Since then the NHS has embarked on a quiet revolution of clinical services management, which has placed the discipline of ‘patient safety’ centre stage. 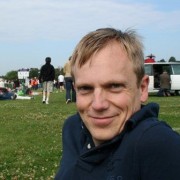 Patient safety, or risk management, recognises that high quality health provision relies upon an institution-wide commitment to safety. Integral to this is a culture of openness: this allows workers to report accidents, allowing valuable lessons to be learnt for the ‘system.’

A good example of how this ‘systems’ approach can benefit a complex industry is aviation. The airline industry embarked on a well-documented drive to improve its safety record in response to accidents like the Tenerife airport disaster in which 583 people died. (Interestingly, in common with many other accidents of the time, mechanical failure was not the dominant cause.)

It was understood that safety would only improve if the industry learnt lessons from every single incident in which the ‘system’ broke down. The understanding of these accidents and near misses, in all their complexity, could then be incorporated into modifications to work practices. To this end, a culture that exulted pilots made of ‘the right stuff’ was deconstructed, and behaviours, including error reporting, high functioning team work and cross-checking, were encouraged (Gordon, Mendenhall and O’Connor, 2012). Each played an important role in the startling reduction of air accidents.

A similar culture of error reporting and collective learning is taking root in healthcare, not just in the UK but throughout the world. A report published by the Institute of Medicine (IOM) in the US in 2000 had this to say about healthcare: “The focus must shift from blaming individuals for past errors to preventing future errors by designing safety into the system. This does not mean that individuals can be careless. People must still be vigilant and held responsible for their actions. But when an error occurs, blaming an individual does little to make the system safer and prevent someone else from committing the same error.” (Kohn et al, 2000, p 5.)

This year it was revealed that in a decade the complication rate from paediatric cardiac surgery in the UK has almost halved, from 4.3% in 2000 to 2.6% in 2009. Could patient safety be partly responsible? It seems reasonable to assume as much.

So what role might patient safety play in the veterinary profession? Rates of veterinary error remain opaque, and the safety of our systems is a legitimate subject of debate. Are we anywhere near as unsafe as the US medical system, which may kill 98,000 of its patients a year according to the IOM report quoted earlier? There are many unanswered questions but what is beyond doubt is that we in the veterinary profession have not yet widely adopted the philosophy of care quality that exists in the human health sector. What effect could this social science have on veterinary patient safety? Human medicine has discovered that real improvements start when people understand that mistakes are inevitable in complex industries, and everyone will make them. This shift in perspective allows hospitals to start framing accidents, and near misses, as opportunities to improve the system. Accident auditing, then, rather elegantly, becomes another arm of evidence-based practice. Perhaps all we need to do is learn this single, yet potentially transformative, lesson, in order to start our own safety revolution.

Gordon S, Mendenhall P, O’Connor B (2012) Beyond the Checklist. What Else Health Care Can Learn from Aviation Teamwork and Safety. London: IRL Press.

Department of Health (2001) The Report of the Public Inquiry into children’s heart surgery at the Bristol Royal Infirmary 1984–1995. Learning from Bristol. Available at: http://webarchive.nationalarchives.gov.uk/20090811143745/http:/www.bristol-inquiry.org.uk/final_report/the_report.pdf. (Accessed: 20 October 2015)

Are we animal welfare advocates or profit-seekers?

Privacy notice: This site uses cookies, which we use to collect anonymised statistical data to improve your experience, and not for marketing purposes. If you continue we'll assume you are happy to receive them. Read our cookie policy
Taking charge of our future: Launch of the Vet Futures report

What role might patient safety play in the veterinary profession?
Scroll to top