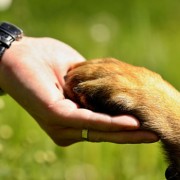 Kath Dyson qualified from Glasgow in 1989. She then spent several years in small animal practice, going part time in 1996 due to ME. Eventually retiring from veterinary practice in 2009 she moved into human health and social care as a part time home care worker/home help.

In human healthcare, modern hospice and palliative care, pioneered here in the UK, is now mainstream, although it has taken several decades for this to happen. Care of the terminally ill and dying is a core subject in the medical curriculum, as well as being a recognised and evolving speciality. The work of charities like Marie Curie and Macmillan is well known. Tesco supported the ‘Help the Hospices’ campaign, and ‘Children’s Hospice’ has been on the TV. A 2008 poll of British Medical Journal readers asking ‘which project would make the greatest difference to healthcare’ (of all projects worldwide) found that ‘palliative care for all at the end of life’ received the most votes*. There is also high profile political support for better access to palliative care, for all who might benefit (probably most of us at some point).

In veterinary medicine, an increasing number of vets now offer this type of service, mainly in America but also more recently in the UK. Most do so by offering palliative and hospice care and euthanasia as a mobile service to people’s homes. 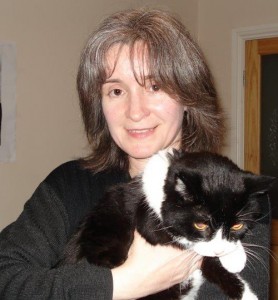 Over the last 25 years there has been a lot going on in the USA in the development of animal hospice care. The American Veterinary Medical Association Guidelines on Veterinary Hospice Care were first published in 2001 and renewed in 2007. The International Association for Animal Hospice and Palliative Care formed in 2009 and the ‘Veterinary Clinics of North America’ published a ‘Palliative Medicine and Hospice Care’ issue in 2011. There have been a number of symposia and conferences including, or, in the past decade, devoted to these subjects in the US, with more coming up all the time, and there are various resources and courses available including online webinars and chapters in various textbooks.

Here in the UK, the ‘BSAVA Manual of Canine and Feline Rehabilitation, Supportive and Palliative Care’ was published in 2010, and BSAVA Congress included a session on palliative care.

Despite the overlap between human and animal hospice there are some obvious differences. In animal hospice it is the pet’s owner who takes on all the financial, practical and emotional costs involved, whereas human patients have a lot more support available. Euthanasia is always an option in veterinary medicine, and indeed euthanasia of an animal can legally be carried out by anyone, so long as it is done humanely.

The aim of animal hospice is for the terminally ill patient to remain free of pain and distress and, when the time is right, for the animal to die peacefully whether by euthanasia or naturally, and it takes into account the needs of the whole family.

Regarding natural death and euthanasia, there is some debate within the animal hospice movement about these topics and various shades of opinion. Some regard euthanasia as more of a last resort, with hospice assisted natural death being seen as preferable and only a minority of patients requiring euthanasia. Others feel that euthanasia is more often likely to be the preferable outcome of a period of hospice care in the animal patient, even though they do not rule out a natural death. All these options would be fully discussed with the client in either case, and remain flexible depending on the changing situation of the patient.

The human surgeon and writer Atul Gawande describes the helplessness human doctors often feel when faced with incurable patients, and how palliative care can help. ‘These are patients with untreatable disease,’ he says ‘and yet palliative specialists have been remarkably successful at helping them. The key is simply that they take suffering seriously, as a problem in itself’**

Vets have always taken suffering seriously, and additional expertise in end of life care could help the profession to be even better able to provide truly lifelong care to all their animal patients.

Privacy notice: This site uses cookies, which we use to collect anonymised statistical data to improve your experience, and not for marketing purposes. If you continue we'll assume you are happy to receive them. Read our cookie policy
Is there enough guidance for the profession on ethnic and cultural diversit...